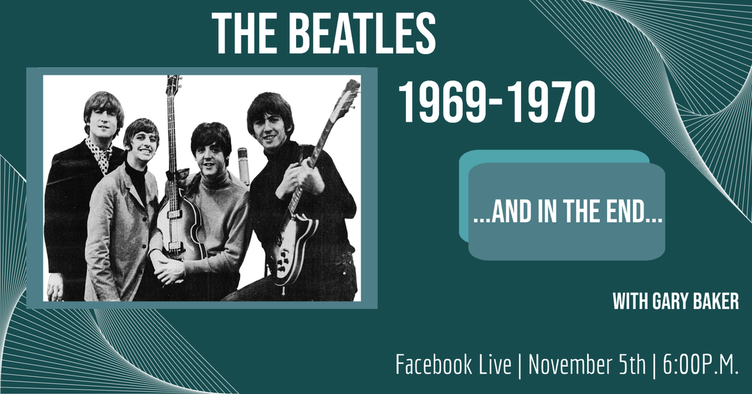 Join us LIVE on November 5th at 6:00p.m. as Gary Baker takes us on The Beatles' final journey from the rooftop concert in January 1969, to the release of "Let It Be", and the “official” breakup of the band in the spring of 1970. Enjoy rare audio and video footage, LPs, 45s, posters and advertisements as Gary shares the fascinating stories behind the most popular band in history.

Baker is well-known around the Coshocton area as a lover of all things Beatles. He has made multiple trips to both Liverpool and London to explore Beatles’ haunts such as the famous Cavern Club, Penny Lane, Strawberry Fields and Abbey Road. For the past two years he has been a special guest on WTNS-FM with host Mike Bechtol for shows on both the 50th Anniversary of Sgt. Pepper’s Lonely Hearts Club Band and The White Album.

​This special night is for everyone: the diehard Beatles fan, students of 1960s counterculture and young listeners just discovering the music of the most influential band in history.